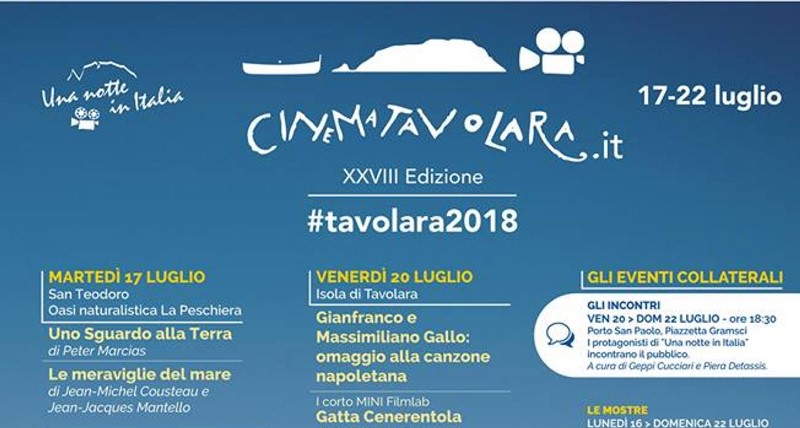 The best of the italian cinema in the marine protected area of Tavolara !

“Una notta in Italia” one of the post important festivals of the italian cinema will be held also this year in Sardinia.

The festival reaches its 28th edition and has a very respectable story. In 1991 some cinema and Tavolara lovers decided to start a film festival in the marine protected area on the breathtaking Tavolara island.

The festival i also focused on the sardinian cinema and its producers. Over the years a friendship between the audience and the festival staff has been developed.

The festival of Tavolara with its 15000 visitors is one of the most known italian cinema events and takes part of the regional project Le Isole Del Cinema.

The programm 2018 is various and will be held in 3 different locations: la pischera of San Teodoro, la piazza of Porto San Paolo and the tavolara island.

From July 17th to July22nd films of film directors like Peter Marcias, Matteo Garrone, Nuzzo, Di Biase will be screened.

This site uses cookies, including third parties, to send you advertising and services in line with your preferences. If you want to learn more or opt out of all or some cookies click here . By closing this banner, scrolling this page or by clicking any of its elements consent to the use of cookies. Ok